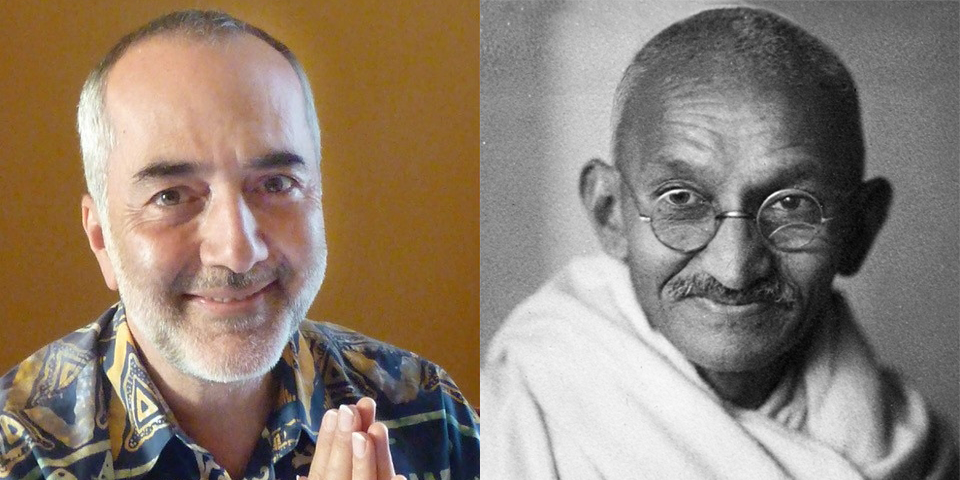 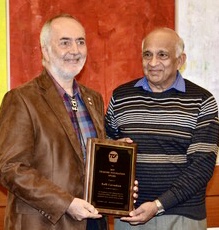 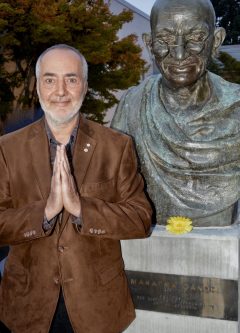 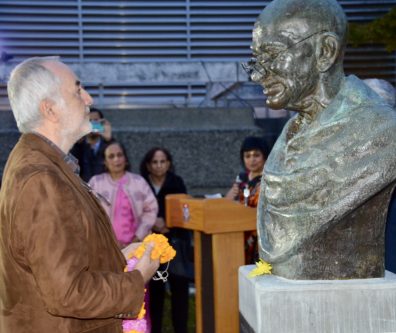 Raffi received the award during a ceremony at this year’s Gandhi Commemorative Lecture, which he delivered on Oct. 3, 2019 at Simon Fraser University’s Morris J. Work Centre For Dialogue. The Thakore Charitable Foundation, SFU’s Institute for Humanities and its J.S. Woodsworth Chair presented the award.

“Gandhi was a huge inspiration to me in my younger years.  His call for nonviolence in thought, word, and deed have been in my heart and mind for decades.  And now, nonviolence is a key principle of my Child Honouring work, vital to co-creating a culture of respect.”

The event took place one day after this year’s Gandhi Jayanti, the 150th birthday of spiritual leader and political activist Mahatma Gandhi.  His teachings are still fundamental to resolving conflicts, eluding violence and creating peaceful solutions to make our earth a better place.

SFU has honoured Gandhi’s legacy every year since unveiling his memorial statue in 1970.  Each year on his birthday, the university’s Gandhi Jayanti celebration connects local members of the Indo-Canadian community with others to eulogize his memory and his teaching.

SFU has awarded the Thakore Visiting Scholar Award annually since 1991.  It honours individuals who have devoted their lives to “creativity, commitment and a deep concern for truth in public life including showing the connection between academic values and critical public spirit.  The award also recognizes commitment to Gandhi’s principles of truth, nonviolence, social justice, religious tolerance, education and ethics in politics.