Home / About / About Raffi

Singer, songwriter, ecology advocate, entrepreneur, author, and above all else, children’s champion. Raffi, the man who brought music to millions of children and now delights their own children.

His string of gold and platinum-selling recordings in North America — including his beloved “Baby Beluga” song — speak for themselves. But at the root of the Raffi story is a pioneering commitment to respect his young fans, a commitment that blossomed into an overarching belief that children who are respected and loved grow into loving, caring adults who, in turn, can help create a more caring world.

Respect for the child as a whole person was always at the heart of Raffi’s music career. After decades of inquiry into what children need to thrive, his work evolved into a vision of a world that would respect its young. In 1997, Raffi was inspired to develop a holistic philosophy called Child Honouring. The heart of this vision was expressed two years later in A Covenant for Honouring Children, (Raffi’s poetic declaration of our duty to the young), along with its nine principles. The Covenant and Principles are now circulated widely in public health and education circles.

Respect for the child as a whole person was always at the heart of Raffi’s music career.

The philosophy is set out in the book Child Honouring: How To Turn This World Around which was edited by Raffi & Prof. Sharna Olfman, an internationally renowned child psychologist. With a foreword by the Dalai Lama, this anthology is a ground-breaking work which provides an exciting, positive vision of how, in the words of Nelson Mandela, to “turn this world around, for the children.” 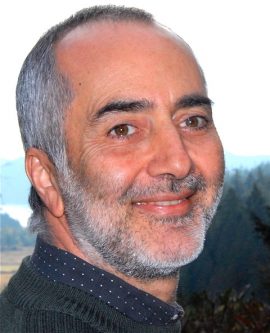 Living by the Principles

Through Troubadour, his own music label, Raffi set out in 1976 to rescue the typical children’s recording from its bargain-bin pricing and shoddy production values. With Ken Whiteley and engineer Daniel Lanois, he made sure that his own recordings met the highest standards.

Because of his own belief that children should not be exposed to too much television and not be directly marketed to, Raffi has rejected all offers for commercial TV shows and commercial endorsements.

He went on to convince retailers that parents would pay a regular price for music for their children – provided it was of the highest quality. And he was right. Teachers, parents and especially kids fell in love with the quality of song writing and recording Raffi offered. His respect for his audience was paramount in his material and the playful delivery has always clicked with the kids.

Because of his own belief that children should not be exposed to too much television and not be directly marketed to, Raffi has rejected all offers for commercial TV shows and commercial endorsements. When approached by Hollywood to do a film based on “Baby Beluga,” he rejected the offer when he learned that the film’s marketing would include direct advertising to children. It was just one of a series of lucrative deals Raffi and Troubadour have declined. 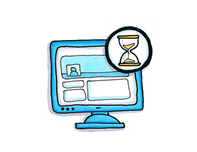 Take the Child Honouring course to learn about the fundamental ways that together we can change the world!

A bold vision for a humane and sustainable world, one that honours our moral obligation to our children.

The words of A Covenant for Honouring Children suggest nine guiding principles for living – a holistic way of restoring natural and human communities, and a multi-faith consensus on societal renewal.

The Covenant
In a spirit of inclusion, “Every child” now replaces the original “Every girl and boy” (written in 1999) that put the girl child first to stress the need for respect for girls and women worldwide. (It is well known that when girls are valued and respected, society prospers). The Raffi Foundation affirms the need to respect people of all genders. For it is the human heart that beats in each of us.
Scroll to Top
Share
Tweet
Email